Skip to Article Skip to Search About Us Skip to simple menu
DrGregoryJohnsonBlog.com

"What Is The Carpal Tunnel Whiplash Connection?" 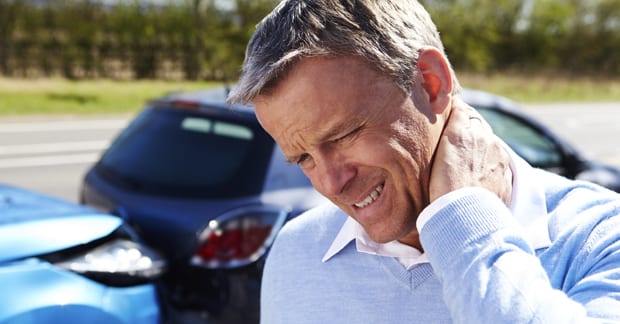 Carpal tunnel symptoms typically come on slowly. Day after day we are able to type at the computer with no problem and then one morning a little tingling in the fingers develops. We shake our hands, stretch the fingers, and try to go back to the keyboard. But inevitably the tingling continues and seems to worsen as we try to do our work.

Why does this occur? Why are we fine one day, and the next we have disabling pain that interferes with our ability to work? This can be very distressing psychologically and many patients with carpal tunnel symptoms show signs of depression.

So what was the event that triggered the problem? A chiropractic or medical doctor may ask about a trauma to the wrist bones, but most patients will not say they suffered an accidental injury. Often times, both hands seem to be affected and trauma is usually seen when landing on one wrist, with symptoms following within minutes or days of the event.

But carpal tunnel syndrome is much different. The symptoms come on slowly and out of nowhere. Typing is fine one day, and the next we cannot complete our work at the keyboard.

Carpal tunnel symptoms come from the nerves that pass through the wrist. Those nerves begin in the neck, cross the shoulder, and go down the arm before entering the carpal tunnel that is formed by the bones in the wrist.

Typing is not a traumatic motion for the fingers and the hand. One has to look at other potential areas where the nerves travel. These areas can become traumatized from accidents. The neck is especially vulnerable to trauma from car accidents and sports injuries. The delicate ligaments and disks of the neck can be injured when the head is whipped around from trauma.

Unfortunately, when we type, the neck is usually in a forward bent position, especially if the typist has to look at the keyboard while working. If the computer user is in this position for many hours during the day, the nerves can eventually become stretched, producing pain, tingling, and numbness. If those same nerves were traumatized from a whiplash injury, forward head position alone can be enough to bring on symptoms. This is why it is important that a doctor looks at more than just the wrist areas when examining the patient.

When the low back is injured, leg pain or sciatica can result. The problem is rarely caused by a problem in the leg. Carpal tunnel symptoms act the same way. If your carpal tunnel symptoms don’t seem to respond to wrist treatments, consult a chiropractor who will do a detailed examination of all areas that could be causing the problem, especially the neck. Tell the doctor about any traumas to the spine you may have suffered in the past. Injuries from even decades earlier can be the hidden cause of your problem and are very significant.

Thousands of Doctors of Chiropractic across the United States and Canada have taken "The ChiroTrust Pledge":“To the best of my ability, I agree to
provide my patients convenient, affordable,
and mainstream Chiropractic care.
I will not use unnecessary long-term
treatment plans and/or therapies.”

Members of ChiroTrust® have taken
“The ChiroTrust Pledge”:

“To the best of my ability, I agree to
provide my patients convenient, affordable,
and mainstream Chiropractic care.
I will not use unnecessary long-term
treatment plans and/or therapies.”

You will receive updates